How Does 5G Work?

The fifth generation of wireless network technology has the potential to usher in a Fourth Industrial Revolution. But how does it work? For an answer, it’s helpful to first look at how cellular networks have evolved over the years, and how 5G not only builds on that foundation, but stakes out new ground.

Data travels along the radio portion of the electromagnetic spectrum, which includes frequencies between 3 kilohertz (kHz) and 300 gigahertz (GHz). The first four generations of cellular network technology operated on specific parts of the spectrum: 1G (frequency bands between 850 MHz and 1,900 MHz), 2G and 3G (expanded to 850 MHz to 2,100 MHz), and 4G (roughly 600 MHz to 2.5 GHz).

Why does this all matter? In a word, speed.

The transition from analog signals to digital ones, combined with higher frequency bands, dramatically increased the speed at which data can download. Whereas the top download speed of data on a 1G network reached around 2.4kbps, 2G could get to 50kbps, and 3G checked in at 2mbps on stationary devices and 384kbps on devices in cars or other moving vehicles. The fourth generation of wireless connectivity, 4G, which debuted in the 2000s and created the backbone for many of today’s most disruptive innovations, is up to 500 times faster than 3G, with speeds of 100mbps for stationary objects and 10 mbps for moving ones.

That may be fast, but it pales in comparison to the potential speeds of 5G. Verizon 5G Ultra Wideband, now available in more than 30 cities nationwide, is the next name in fast. 5G Ultra Wideband can carry a remarkably higher volume of data than is possible on today’s LTE networks, and that bandwidth is critical for tomorrow’s most innovative technologies to take flight.

What does it mean for consumers? The low latency of a 5G network—that is, the time required for a packet of data to travel between two points—can dramatically alter how people interact with data. And that’s increasingly necessary in a world where billions of devices will be coming online in the next few years.

The potential of 5G is limited only by an innovator’s imagination.

How does 5G technology work?

Verizon is provisioning its 5G Ultra Wideband network via deep fiber assets, small cells and extensive radio wave spectrum holdings. A critical component of Verizon’s spectrum holdings is called millimeter wave spectrum, which refers to high frequency bands—specifically, those in the 28 GHz to 38 GHz range. It is in these spectrum bands that tomorrow’s most audacious, latency-sensitive and bandwidth-intensive innovations will rely. Think of millimeter wave spectrum as the widest, fastest highway on the planet, with millions of trucks traveling centimeters apart from one another at unbelievable speeds—smoothly.

How Does 5G Work?

The fifth generation of wireless network technology has the potential to usher in a Fourth Industrial Revolution. But how does it work? For an answer, it’s 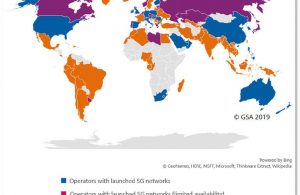 Connected cars: How 5G and IoT will affect the auto industry

Your next new car won’t be self-driving, but it will be a mobile IoT device that senses its local environment and communicates with cloud-based platforms. 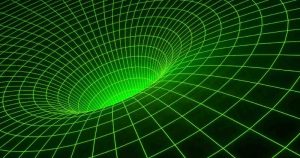 To infinity & beyond: Telecommunications trends in 2020

What are the top telecommunication trends taking place this year? Find out about AI, mobile tech, 5G, hyperscalers and more in this telecom overview in